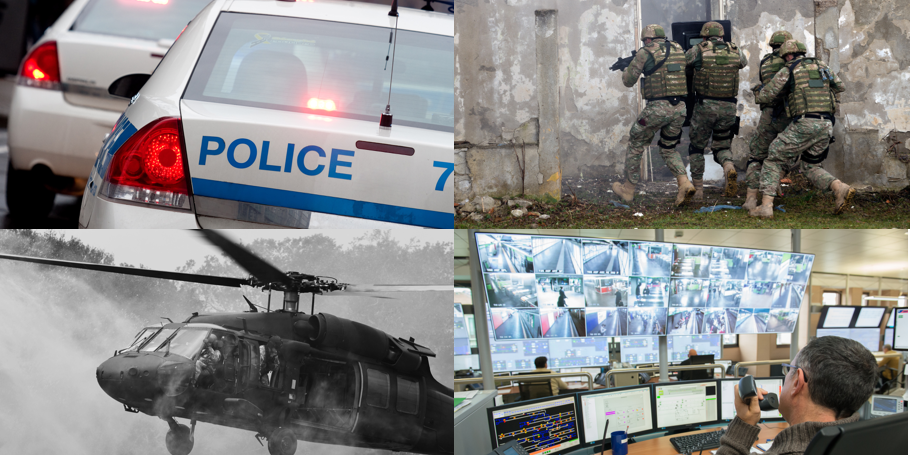 Imagine the unthinkable.  Imagine that a shopping mall in the United States is attacked by young men with guns.  Never mind the reason.  Imagine that it happens in an instant. Now what?!

Mall Security scrambles to figure out where the danger is, and get innocent shoppers out of harms way.  10 minutes has passed. Mall security must reach a phone to call 911; their radios only work in the mall.They are ill-equipped for the response, so a call goes out to local county police. They begin to respond, calling in their SWAT team, and sending all available police to the scene. Now the local sheriff responds, a different law enforcement agency with radio networks of a different Make than the local police…unable to communicate directly. Fire Rescue is called to the scene. How many trucks needed? Injured? What type of injuries? Helicopters needed? Dispatch gathering information and relaying it to the responders…precious time lost.  Someone contacts local news outlets, and they send reporters to the scene. Parents and family members start learn of the tragic situation, so they go to the scene to look for loved ones.

There are several categories of ‘responders’ to this scene: Law Enforcement, Fire Rescue, Media, Concerned Public and Family Members. All require information…and now! The process of gathering and presenting the information takes precious time away from the responders.

Communities that solve their communications short falls will be able to cut response times, increase time to action, facilitate the flow of information and reduce chaos!  Acquisition of the Interoperability Communications Platform is a giant step forward to overcoming the chaos and confusion that slows response to a crisis.

Imagine the unthinkable again. Suddenly there is an Active Shooter situation at the mall.  All categories of responders involved still outfitted with the same equipment, EXCEPT interoperable communications nodes that connects all phone, radio types, cameras, data over an encrypted network. Imagine that mall security hits a panic button that sends an alert to Fire Rescue, Local Police, and Media simultaneously.  In that instant a communications channel is open between the mall security and all responding agencies. Using security cameras and smart phone video feeds, all responders are receiving video from the scene.  An Operational Channel is automatically opened that allows all response units to communicate with the Scene Commander. The Scene Commander starts to command BEFORE he reaches the scene!  Response units are directed to where they are needed most as they arrive, not after receiving an update. All the right assets are deployed: Advanced communications equipment, Drones, Analytic Software, Mobile Operations Center. Without additional coordination, information flows, data is shared automatically, operational groups are openly communicating, and the scene is being controlled.

Imagine now that News Media is being fed updates from their own response channel, connected directly to the First Responders. They report the situation and ask for calm while the crisis is controlled. Updates continue until the threat is over.